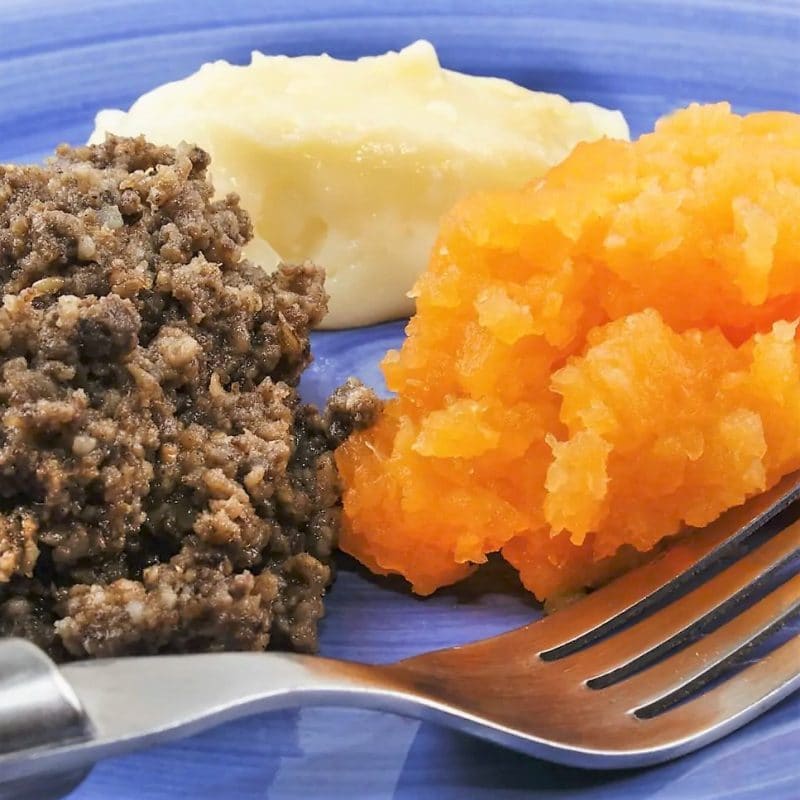 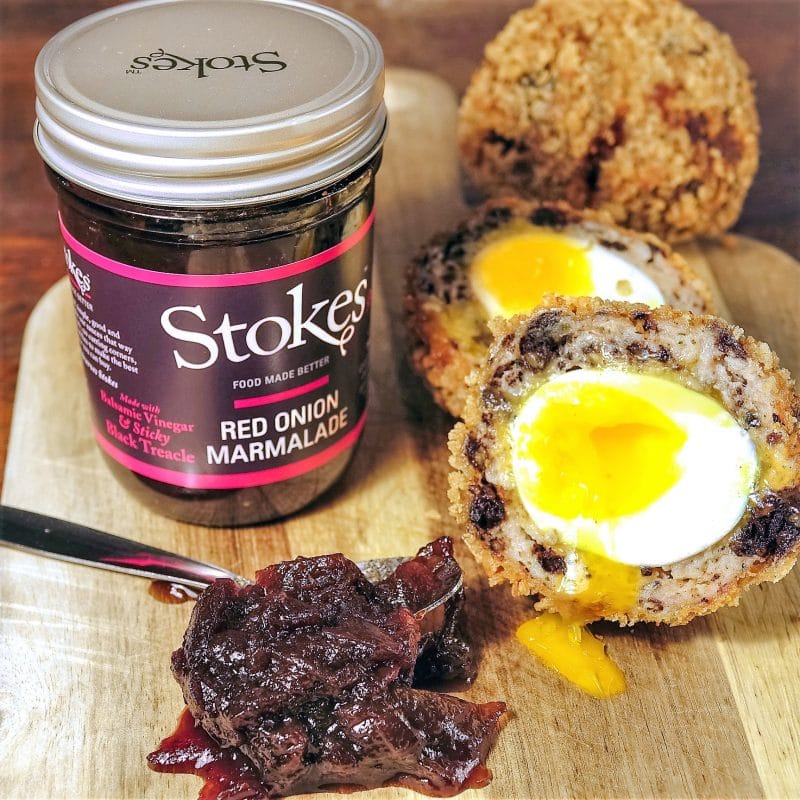 It seems the only folk not claiming the Scotch Egg as theirs are the Scots. Whitby in Yorkshire bags first dibs with Scotties being created by William J Scot & Sons. Fortnum & Mason say it was they, creating a handy snack for travellers. Or was it a Raj-imported derivative of the Nargisi Kofta, a spicy meatball with boiled eggs inside.

These little beauties combine the superb spices in Haggis (150g) with sausage meat (375g), further pepped up with bursts of the yellow and black mustard seeds in our wholegrain Cider & Horseradish Mustard.

For a fantastic guide to achieve the signature photo of a runny yolk when you cut it open, see our resident chef, Andy’s full recipe – HERE. 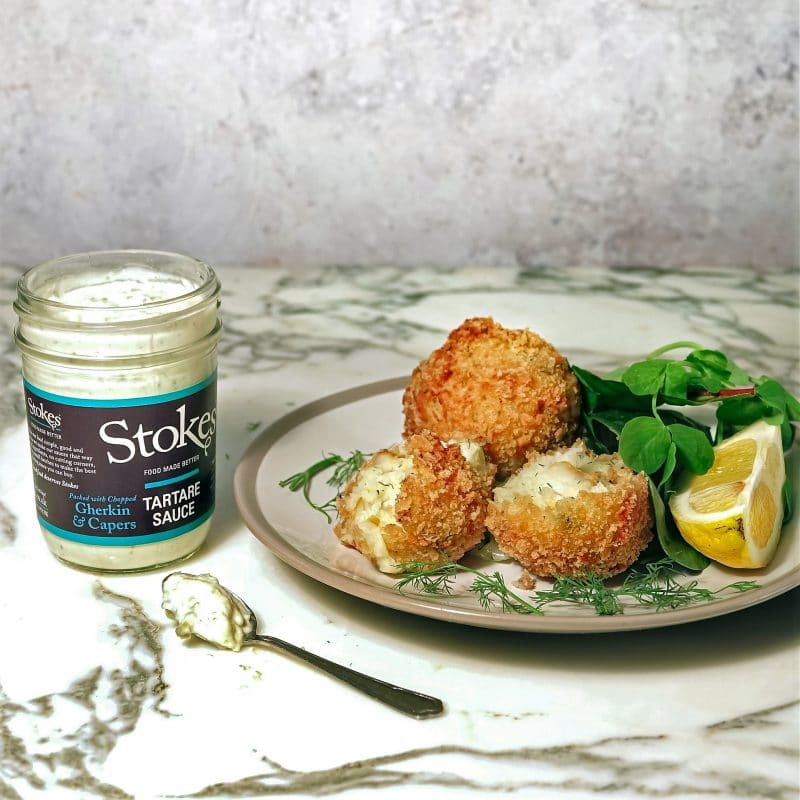 Traditionally a thick Scottish soup of smoked haddock, potatoes and onion from the village of Cullen, this thoughtful idea from Andy, sympathetically transposes the hearty flavours into 6 fishcakes:

Put the smoked haddock in a medium pan, cover with milk, season with a little salt and simmer for 4 minutes. Turn off the heat and allow the fish to cool slightly in the milk.

Spoon the mashed potato into a mixing bowl. Drain the fish (retaining some of the milk) and fold it into the potato, with the lemon juice and Mustard & Dill Sauce, which adds a gentle mustard tang and a strong flavour of dill. Add 2 tbsp of the poaching milk and mix everything together well.

Form this into 6 equal fishcakes and pop them in the fridge to chill for half an hour or so. Beat the eggs with a dash of milk to make the egg wash. Pass each fishcake through flour, then egg and finally the breadcrumbs.

Pan fry in hot oil until golden on all sides, then put them on a baking sheet and into a hot oven for 10 minutes.

Pan fry the leeks in a little butter, season, add the double cream and reduce to thicken the sauce. Serve with the leeks and a generous dollop of Stokes Tartare Sauce.

Many thanks for this Andy. 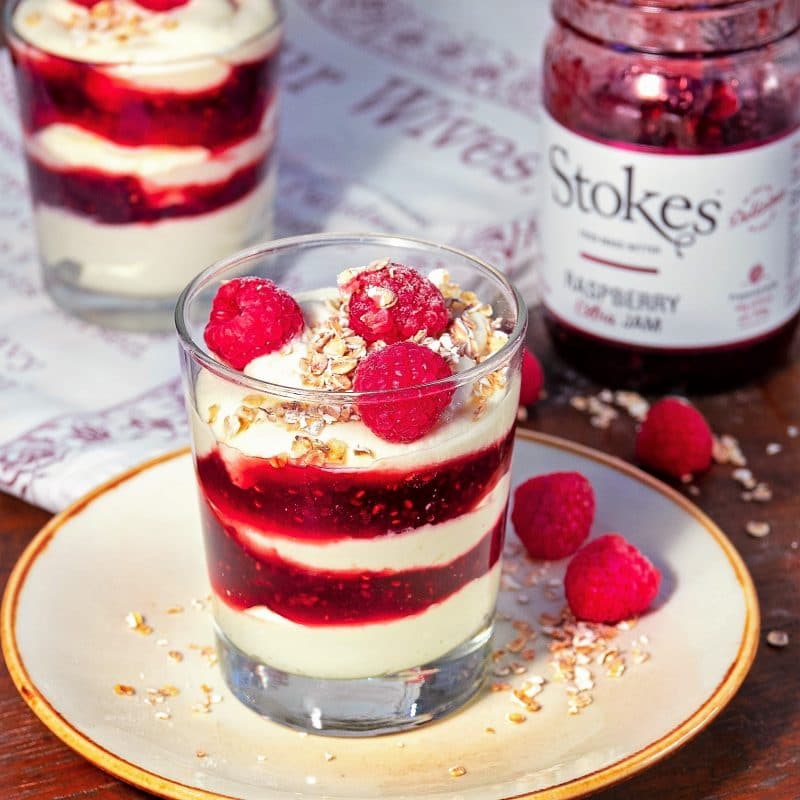 A traditional Scottish dessert of oats, cream, whisky and raspberries. It’s a delicious way to clean the palate.

Toast 85 g of porridge oats in a dry pan being careful not to burn them.

Whip 500 ml of double cream to soft peaks. Now very gently (lovingly shall we say) fold in: a good dram or three of whisky; 3 tbsp of Stokes Raspberry Extra Jam; 3 tbsp of honey; and 400 g of fresh raspberries. Spoon the mixture into glass bowls with the toasted oats and serve. 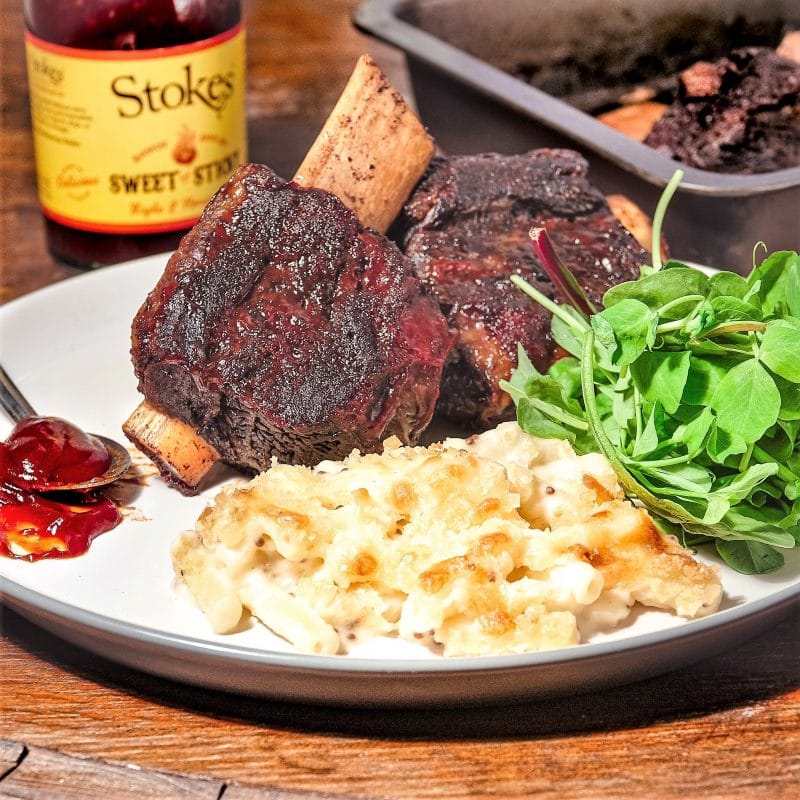 Whilst the oven is warming to a low 160 C / Gas Mark 3, brown the meaty side of the ribs in a hot frying pan. Now brush them with a good coating of one of our BBQ Sauces (Original, Sweet & Sticky or Hot & Spicy). Lay them in a roasting tin, cover with foil and pop them in the oven for four long hours.

That leaves time for the tale of St. Andrew and the Saltire cross.

It is said that the 9th Century King Angus was preparing for a battle against the English, when St. Andrew appeared to him in a dream with the promise of victory.

Then, on the day of the battle, clouds formed a magnificent white cross which appeared against an otherwise blue sky. Invigorated by, first the dream and now this sign, Angus vowed that if they won, St. Andrew would be made the patron saint of Scotland. The battle at Athelstaneford was won; the white cross became the symbol of Scotland (and the subsequent Saltire flag of Scotland); and Andrew its Patron Saint.

Now back to those ribs.

A lovely sauce to balance the crispy essence of smoky BBQ is a soft combination of our Real Mayonnaise and Dijon Mustard. The soothing mustard warmth in its velvet coat of mayonnaise is truly delicious.