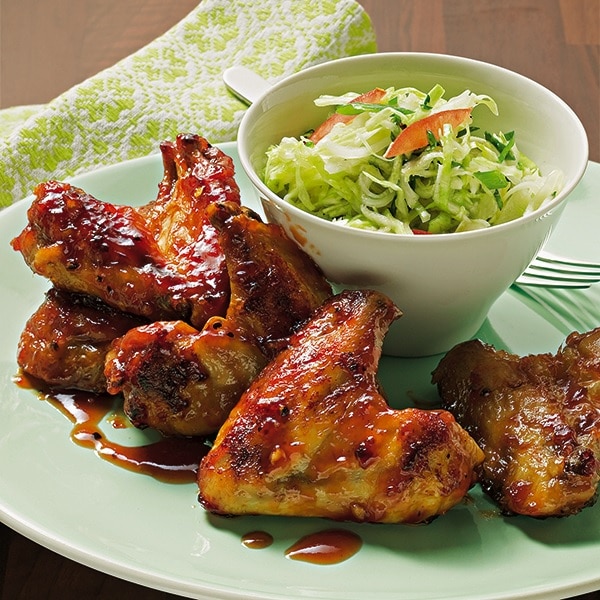 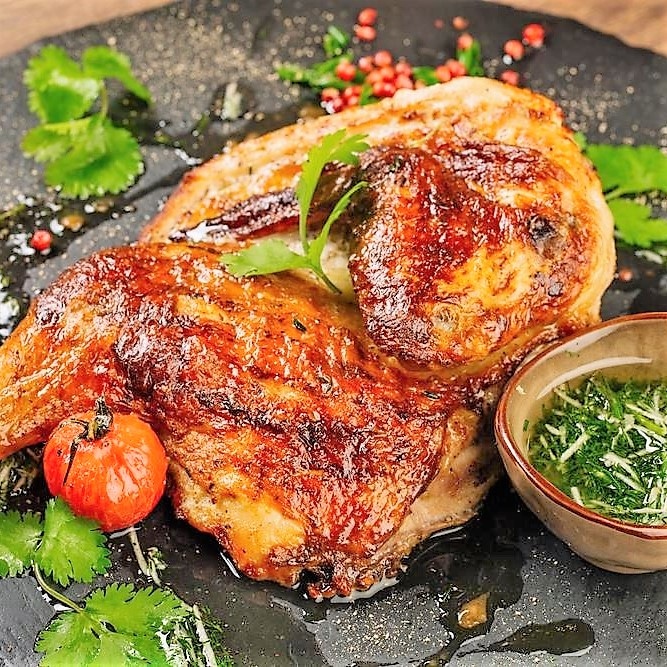 These chicken thigh joints enjoy the intense flavours of this Asian-style marinade.

Grate 2 cloves of garlic and an inch of fresh ginger and combine them with plenty of aromatic fresh chopped coriander, lime juice, a little brown sugar, pinch of salt, vegetable oil and a little orange juice.

Add our Korean BBQ Sauce, whisking it into the mixture until you are happy with the depth of flavour.

Put a thigh joint each into a sealable bag, add the marinade, massage its flavours into the flesh and into the fridge with it for at least two hours.

Now grill, roast or barbecue the chicken, basting it with the marinade when you turn it. 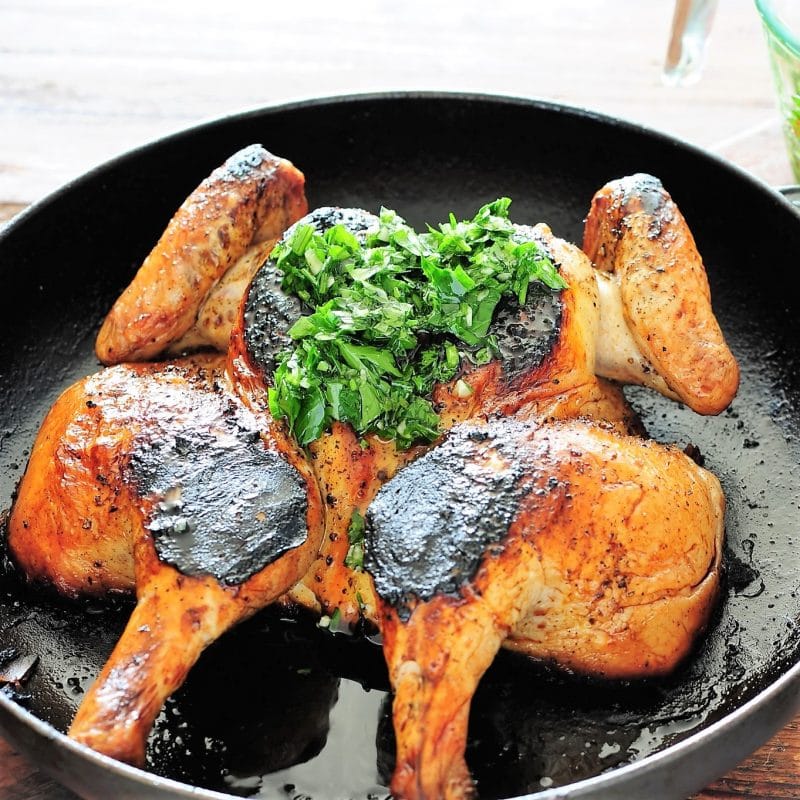 To spatchcock the bird: Sit the chicken on its breastbone so that its backbone is facing you.

With good scissors, cut along each side of the backbone. Remove and discard it. Now open the bird out and cut the wishbone in half.

Turn the bird back over and press down hard on the breastbone which will flatten it out. To further help its smooth cooking, use a sharp knife to cut several slashes into the thighs.

Instead of immersing the bird in a marinade, simply brush the flavours onto the bird before grilling it. Depending on your taste buds at the time, choose from one of the following:

Stokes Original BBQ Sauce is thick and smoky with natural blossom honey and a molasses-style sweetness that can be used as an accompaniment, a marinade or a dipping sauce.

Stokes Hot & Spicy BBQ Sauce is just that. To balance the heat of the chillis, it has even more molasses and honey to sweeten the initial smoky BBQ flavours, letting the spicy heat develop as an after flavour. 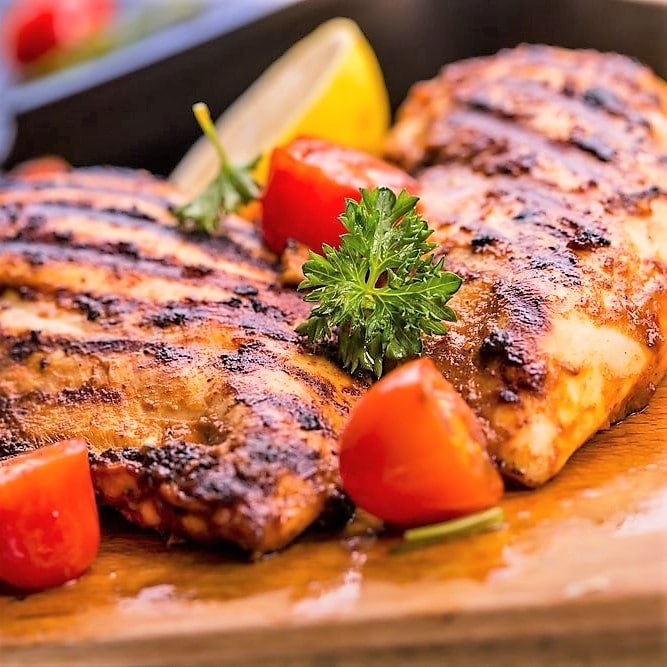 For this sunshine marinade combine about 150ml of pineapple juice, the juice and zest of 1 lime, 1 inch of grated ginger, 2 tbsp of our Chilli Ketchup and 4 tbsp of our NEW Bourbon & Cajun BBQ Sauce.

Whisk everything together well before covering skinless chicken breasts, letting them soak up the Cajun atmosphere for as long as you can bear to wait.

When you can wait no longer, lift the chicken from the marinade, brush with a little Bourbon & Cajun Sauce and grill the meat until it is cooked through and any juices run clear.

NB: This is crucial when cooking any cut of chicken or pork. 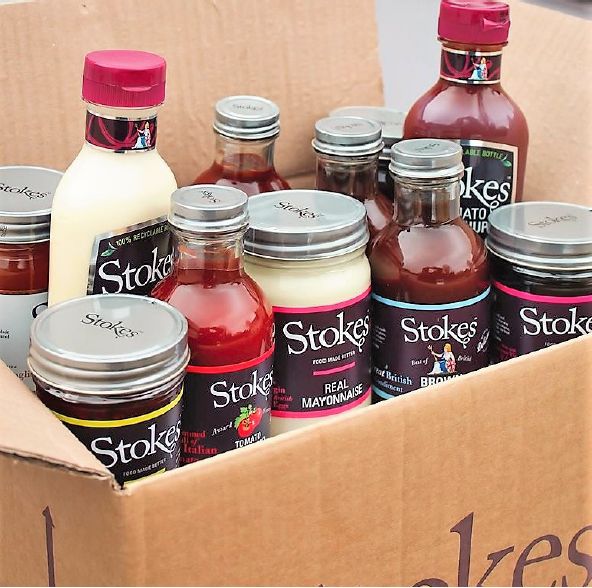 Enjoy the Taste of Stokes