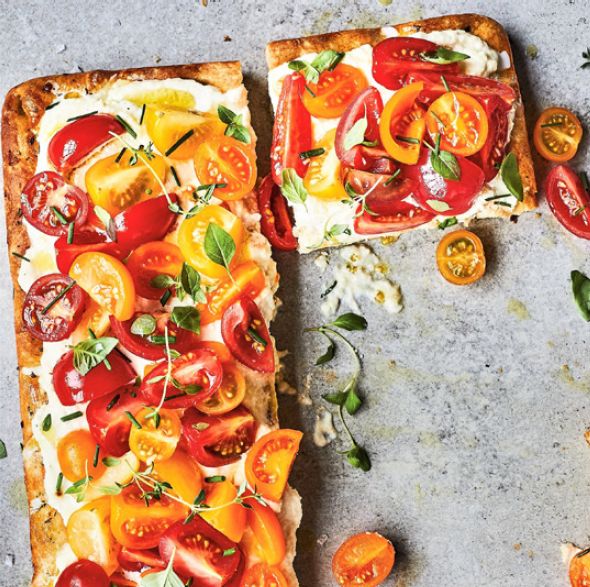 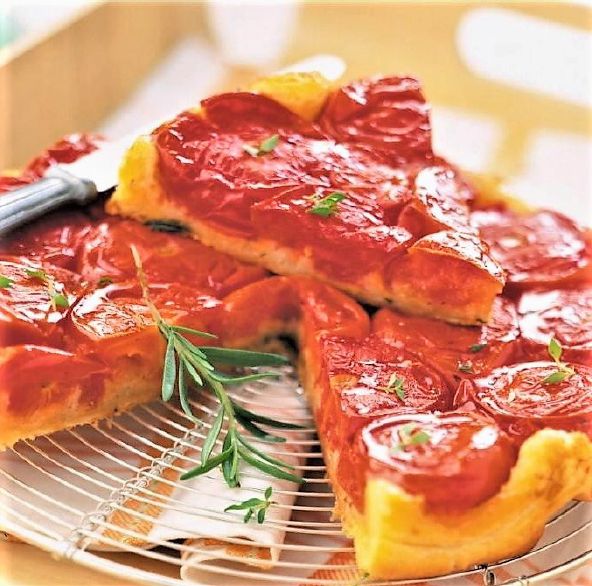 The flat oven-baked Italian bread – Focaccia – is easily homemade and offers many delicious variations for filling snacks and suppers. The southern areas of Germany and its French border regions of Alsace are home to the ‘flame cake’ – Flammkuchen – a thin, crispy pizza-style bread whose toppings can be as stimulating as they are tasty.

Originally the ‘tarte des demoiselles Tatin’, this was a tart of caramelised apples. Two sisters, Carolina and Stephanie Tatin, ran their eponymous hotel and one day accidently baked the tart upside down, inadvertently creating the – Tarte Tatin – now globally popular, both savoury and sweet.

Wake up 1 tsp of dried yeast in 300ml of ‘tepid’ water for a couple of minutes. Whisk in 2 tsp of honey and 2 tsp of Stokes Wholegrain Cider & Horseradish Mustard, 1 tbsp of chopped rosemary leaves, a pinch of salt and 3 tbsp of olive oil. When combined, add 500g of strong ‘00’ flour to create the dough which you knead just 10 or 12 times – focaccia needs no more than this.

Cover and let the dough rise, doubling in size over an hour. Spread it in a flat baking tray, ‘dotting’ the top several times with your finger, drizzling olive oil over the top and into the series of little wells. Let it rest for another 15 minutes, sprinkle with sea salt, then bake in an oven, pre-heated to 200°C / Gas Mark 6, for 30 minutes, until the top forms a crust yet the bread is ‘springy’ below.

You can use it for sandwiches, with soup, or dress it like a pizza base. Try spreading it with creamed cheese combined with Stokes Classic English Mustard, topped with fresh, juicy tomatoes and basil. 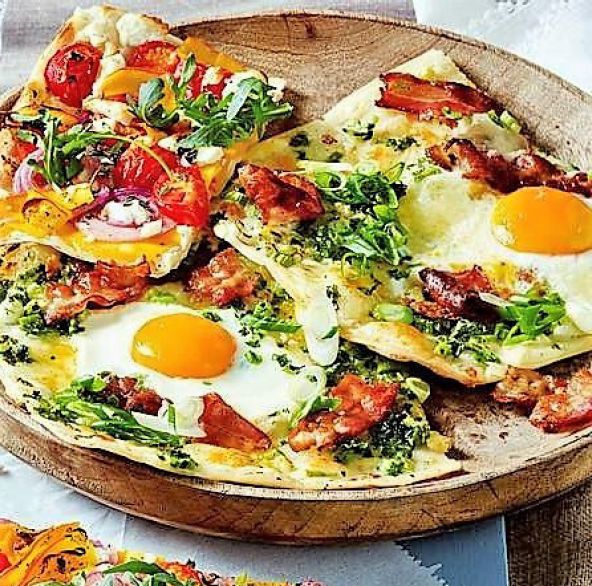 Mix 250g of plain flour with a pinch of salt and 50ml of olive oil. Gradually add 150ml of warm water, beating the ingredients together all the time. Now, knead the dough until you have a compact elasticity. Cover and let the dough rest for an hour or so at room temperature. Get the oven as hot as you can whilst rolling the dough out to a really thin base.

[TIP: Dust a sheet of greaseproof paper with flour and roll the dough out on top. It makes it easier to transfer the base and topping to the baking sheet.]

Dot the top of the rolled dough with Stokes Brown Sauce, Bloody Mary Ketchup and a little Chilli Jam. Now add your topping.

For this breakfast Flammkuchen, we lay smoked streaky bacon rashers, cut into thirds, lots of chopped, new season spring onion and a combination of fresh and sun dried tomatoes. Transfer your FK to a greased baking sheet and into the piping hot oven for 7 minutes. Out with the sheet to crack 3 or 4 eggs on the top, then back into the oven to bake the eggs for 5 minutes or so more.

Looking as good as it tastes, the sweetness of the tomatoes comes through beautifully. Preheat the oven to 210°C / Gas Mark 7. Halve a dozen tomatoes and set them to one side.

Slice and fry 1 onion until it softens, then add 1 tbsp of chopped thyme and rosemary leaves, 1 tsp of caster sugar, and 2 or 3 tbsp of Stokes Bloody Mary Ketchup, cooking them through for 2 or 3 minutes.

Coat the tomatoes with this juicy mixture and season well as you set them into the pan, packed closely together. Cut a sheet of ready rolled puff pastry in a circle about 2 cm larger than the pan and lay it on top of the tomatoes.

Tuck the edges of the pastry down the sides of the tomatoes within the pan and bake for 25 minutes. Let it rest for a few minutes before flipping it over onto a serving plate.